The biography of Stellest here

Patrice Stellest is a Swiss contemporary artist, born in 1953. 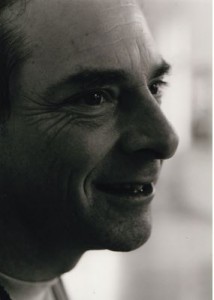 In 1970, at the age of 16, Stellest moves from Switzerland to the United States. There, he meets Charles Lemaire, the costume designer for Marilyn Monroe and the winner of three Oscars for his creations. After seeing some of young Stellest’s early costume designs, Charles Lemaire offers him to work by his side. Stellest, then already influenced by the work of Max Ernst and foreseeing a different path for his career, respectfully declines the offer.

A few years later, he receives a grant from the State of California, and joins the Walt Disney Institute of Applied Arts. He then specializes in experimental art, under the supervision of Jules Engel, head of animation for ‘Fantasia’, who becomes his mentor.

Thereafter, Stellest moves on to Art Center College of Design, in Pasadena California, where he studies Art and Cinematography. At that period, he directs a series of short black and white films mixing music and experimental art, convinced very early on of the great future of music clips. Following his idea, he is awarded Art Center’s first prize for the short film ‘Portrait 1982’, which defends the work of female artists around the world. He also shows his work to the director of photography’s team on Oliver Stone’s feature film ‘The Doors’, then seeking new ideas and visual inspiration. 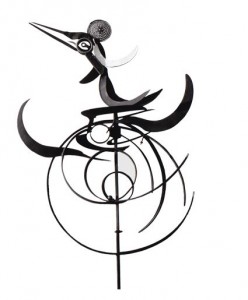 In 1984, Stellest moves to France with his life partner, Marie-Hélène. In Paris, they take over the studio of pop artists Claus Oldenburg and JamesRosenquist. Marie-Hélène is pregnant when, following the steps of Max Ernst, they move to the Touraine region. There, Stellest creates the Cosmic Art movement together with fellow artist Jim Cortland. While in this new current, he creates pieces like ‘Le Semeur d’Artenay’ (The Seed Thrower) and is discovered by gallerist Sandra Gehring from Manhattan. At that time, he doesn’t wish to work with galleries; more interested in the more direct contact with art collectors.

At that same period, Stellest learns on his own the basis of welding metal, inspired by all the old metal pieces found in farms and flee markets. He then creates his first sculptures. Transforming the function of an object to give it a second life: this is what inspires Stellest. His son Pablo is born in April 1985. 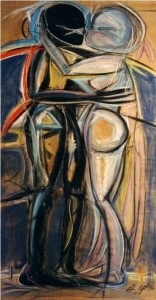 In 1989, together with his family, Stellest moves to the south of France. Then starts a very rich period. He learns metal sculpting by becoming the assistant of Greek artist Costa Coulentianos, and meets and shares his universe with artists like Cesar, Dora Maar, Ulrich Zieger, René Durbach; and personalities such as Leo Castelli, Harald Szeeman and M. Tate. They form a circle of friends inspiring him in different ways to move on with his art and come forth with his new ideas and concepts. At that time, he also creates the emblematic pastel of his career as a painter : ‘The Hug’. 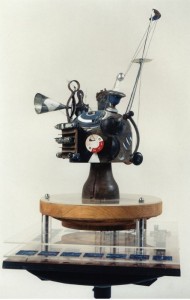 In 1993, Stellest pulls back from the world in order to concretize his deepest artistic aspirations. During this period, he works with the assistant of Jean Tinguely Martin Bühler and artist physicistBernard Gitton, on a new kind of art works conveying a message present in his mind forever: the protection of nature and the environment. The iconic sculpture of this movement is of course ‘The Solar Head’. Built to run on solar energy, this sculpture is the first of a long series of interactive sculptures and installations allying cutting-edge technology to experimental art and mainly, with a fundamental message.

In 1999, Stellest presents his new art movement with an exhibition at the Palace of the Arts, in Marseille, France. Right after that, he exhibits his sculptures at the castle of Béatrice de Andia, director of the Arts Council of the City of Paris, in an exhibition organized around nature. Eventually, in 2001, he is the guest of honour of Palexpo, in Geneva, where he officially introduces Trans Nature Art (TNA), to the art world.

Nowadays, his public appearances are rare, and the majority of his artworks are in private collections; from Japan to Uruguay, London, Zurich, Monte Carlo and Paris. Stellest exhibits in manifestations open to a broad public, and through his art, tries to convey a message in favour of the respect of the environment. His convictions stand heavily in favour of peace, and for a new energy, social as well as individual, by the means of what Stellest calls ‘the Universal Acupuncture’.

With that objective, he is preparing a new project that he calls Trans Nature Peace Art. 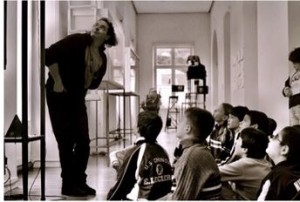